Throughout life, you relate to many pieces of art. Sometimes it's packaged in the form of an album that becomes life-defining on the first listen. Or maybe it's that one song by the artist you least expected that finally completes the puzzle of your most treasured playlist.

But when I started writing, I noticed that no matter how much something speaks to your heart, nothing beats what you have to tell: your own stories, the choices that led you where you are.

It's all unique as much as each of us is not the same.

And so, I kept writing to understand and document my own story. Each time I completed something, it shone a new light on things I didn't know formed me as a human. And if I revisit them, I can face those feelings from a different point of view. Doesn't it sound fantastic?

I also found that, no matter how much embarrassment I felt from my first attempts at writing, all of it is simply... Beautiful. Because it's part of a real story, starring real people, featuring real intentions, encapsulating the desire to find real purpose in life.

This specific chapter tells the stories of three people and their interwoven relationships. Part of it is focused on what-ifs, exploring both best and worst-case scenarios. The rest of it is a comment on the uncertainties brought by reality, which sits proudly in the in-between of balance and utter chaos.

According to the Cambridge Dictionary, concurrent access is "the fact of allowing more than one user to use a computer system at the same time." A straightforward meaning, and pretty much accurate. But when I was arranging the stories that I present here, I noticed a common thread between them: a new definition for this term. Here, concurrent access is "the fact of dealing with ever-present expectations, priority betting, questionable timing, and faith seeking." 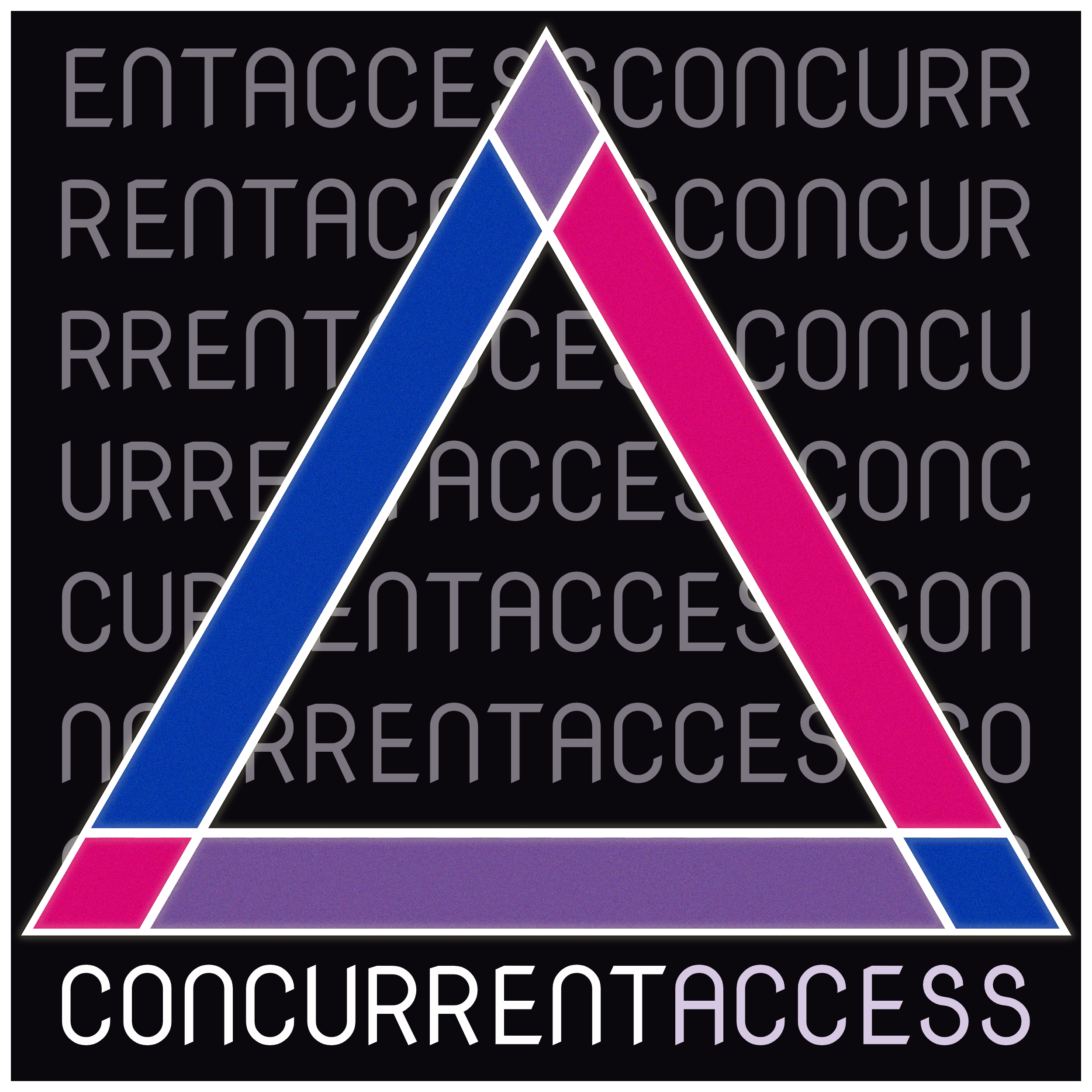 ...praying for answers. Traveling long distances without any money, just a single song. Questioning your own intentions and self-worth. Meeting a new someone with an urgent need to know their name. Finding comfort in never lying again to the people you love. It was only natural that I would call Side A "Race Conditions."

...overwriting all negativity with new shades out of the prettiest multicolored palette. Secretly making paths collide. Wanting someone not to love you, but to trust you completely. Trying to convince yourself that you deserve more than a half love, but wondering how much was available. Learning to keep your hopes! (Down). These ups and downs are the stories told in Side B: "Starvation."

...saving seats and seeing the best in people, but never sharing coffees. Recognizing the ownership of a deadly weapon. Holding the tickets from the very last day. Admitting defeat before a love that was too strong to keep to yourself. And finally, choosing to give yourself the time until you're ready to try again. And thus was born Side C, or "No Preemption."

This album, or whatever it might be, is the story told over almost two years of my life. But it's the result of everything that led to that period, and it's the starting point for everything that is still to come.

Tough times (in other words, the year of 2020) came to whisper in my ears that this couldn't remain with just me anymore, so now it's part of the world. It's the narrative of a healing process that is still a work in progress, but just like anything that moved me, I think it's better if shared.

To the people who inspired this: I thought I didn't have the words, and I'll probably never have all of them, but here are the ones I could find. Thank you for inspiring me to seek the directions that would mold who I am today, directly or not. I'm grateful, and also, I'm sorry.

Finally, to my younger self, who wrote a version of this tracklist in every piece of paper he could find in the last two years in hopes that it would someday become real... And then found out it was already real the whole time.

Side A: Race Conditions

Side C: No Preemption

11. In Case You Ever Listen

Check out the album-inspired playlist: Inspired by Concurrent Access